Press release, for immediate use – In the midst of virtual discussions of the UN climate treaty, a new report shines a light on how polluting industries are pushing a “net zero” agenda to become the presumed centerpiece of global climate plans and how the details in these plans (should any be included) delay action and don’t add up.

The report, entitled, “The Big Con: How Big Polluters are advancing a “net zero” climate agenda to delay, deceive, and deny,” comes following a year packed with record announcements of “net zero” pledges from corporations and governments, and builds on a growing body of research that calls the integrity of “net zero” as a political goal into serious question. As more and more “net zero” plans have been rolled out, the scientific, academic and activist communities have all raised grave concerns about the inability of these plans to achieve the commitments of the Paris Agreement and keep global temperature rise to below 1.5 degrees Celsius.

The report, written by Corporate Accountability, the Global Forest Coalition and Friends of the Earth International, was endorsed by over sixty environmental organizations including ActionAid International, OilWatch, Third World Network, and the Institute for Policy Studies.

“The Big Con” joins a series of recent reports in uncovering the dubious arithmetic, vague targets and often unachievable technological aspirations of these “net zero” plans, analyzing plans from a number of key polluting industries including the fossil fuel and energy, aviation, technology, retail, finance, and agriculture industries. It also includes an in-depth look at some of the strategies these industries have deployed to ensure their “net zero” agenda becomes the primary dogma of the global response to the climate crisis.

Some of the key findings highlighted in the report include:

The report was/will be released in a press briefing at 12:30 Amsterdam time during the virtual discussions of the United Nations Framework Convention on Climate Change (UNFCCC). UN Secretary General and the COP presidency, who are organizers of the next milestone in the UNFCCC process COP26, have already made “net zero” a primary focus despite a number of recent controversies including the recent backlash against Mark Carney’s initiative.

“This report shows that ‘net zero’ plans from big polluters are nothing more than a big con. The reality is that corporations like Shell have no interest in genuinely acting to solve the climate crisis by reducing their emissions from fossil fuels. They instead plan to continue business as usual while greenwashing their image with tree planting and offsetting schemes that can never ever make up for digging up and burning fossil fuels. We must wake up fast to the fact that we are falling for a trick. Net zero risks obscuring a lack of action until it is too late.” – Sara Shaw, Friends of the Earth International, Climate Justice & Energy program co-coordinator

“After The Big Con, it’s hard not to see the recent fervour over ‘net zero’ as anything but a scheme propped up by Big Polluters that’s way too little, way too late,” said Rachel Rose Jackson of Corporate Accountability, “These players stacked the deck to make sure the world would hinge its hopes on plans that are nothing more than greenwashing. If we don’t course correct now, the world will be on the fast track to climate destruction incompatible with life as we know it.” – Rachel Rose Jackson, Director of Climate Policy and Research, Corporate Accountability

“We are deeply concerned about the corporate capture of climate policies and finance, and the growing nexus between governments and corporations to promote false solutions through Net Zero and ambiguous concepts like NBS. Instead of deep emissions cuts, they continue to pursue ‘green’ neocolonial offsetting schemes to reap more profits and pollute through forest offsets, afforestation, reforestation, tree plantations, and dangerous techno-fixes. This Net Zero circus has to stop: the planet and people need real and ambitious targets and commitments, real emissions cuts, and real zero targets.” – Coraina De la Plaza, Climate Campaigner, Global Forest Coalition

“While these companies are pledging to be carbon neutral three decades from now, they keep investing in business as usual – including the expansion of fossil fuels development and lobbying and PR efforts to paint themselves green – without actually cleaning up their act. We can’t afford to play hide and seek with the climate crisis. Big polluters will never voluntarily change their destructive business models, unless someone forces them to. In the meantime, they pollute not only our air, our water, our food, but also our democracy. They must be stopped.” – Agnes Hall, Campaigns Director at 350.org

“As big polluters hide behind false claims of supporting climate action, they are planning to do more damage by pushing carbon offset projects in developing countries, leading to more forest and land grabs. Such efforts promote climate injustice and will impact the poor communities and indigenous peoples in the Global South. This has to stop.” – Meena Raman, Third World Network

“Europe’s biggest fossil fuel companies are using their flimsy ‘net-zero’ plans to curry favour with our decision makers. But in exchange for their hollow commitments, Shell, BP and others have successfully lobbied for financial and regulatory support for techno-fixes like carbon capture and storage or fossil-hydrogen, which will allow them to dig up and sell yet more oil and gas. An utter climate catastrophe. Net zero is nothing more than a massive con, letting the EU and its polluting corporations to talk the talk while walking in the opposite direction.” – Pascoe Sabido, Researcher and Campaigner, Corporate Europe Observatory

“The Big Con” is not only timely, it also reinforces what we have been saying for years. The fossil fuel industry is not about to repent. Net Zero is a scam intended to keep us in a state of suspended animation while for the industry, it is business as usual.” – Akinbode Oluwafemi, Executive Director, Corporate Accountability and Public Participation Africa

“Proclamations of Net Zero targets are dangerous deceptions. Net Zero sounds ambitious and visionary but it actually allows big polluters and rich governments to continue emitting GHGs which they claim will be erased through unproven and dangerous technologies, carbon trading, and offsets that shift the burden of climate action to the Global South. Big polluters and rich governments should not only reduce emissions to Real Zero, they must pay reparations for the huge climate debt owed to the Global South,” – Lidy Nacpil, Coordinator of the Asian Peoples Movement on Debt and Development

“Net Zero is just the latest attempt by corporates and colluding governments in the Global North to undermine real action on the climate crisis. It follows (and includes) decades of different variations of big cons from outright denial to carbon markets and a slew of other false solutions pushed out by public relations machines and strong arming of the big economies. What cannot be avoided, and is becoming a permanent reality are the cyclones, wildfires and a multitude of other climate related disasters impacting regions like Africa with the fiercest intensity. As our world gets pummelled by these forces, impacted women and others in the Global South are starting to make the connections, pierce the veil, demand climate justice, and rise up to claim real zero solutions.” – Trusha Reddy, Programme Head: Women Building Power for Energy & Climate Justice, WoMin African Alliance 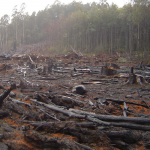 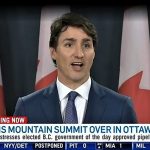 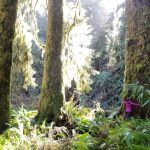 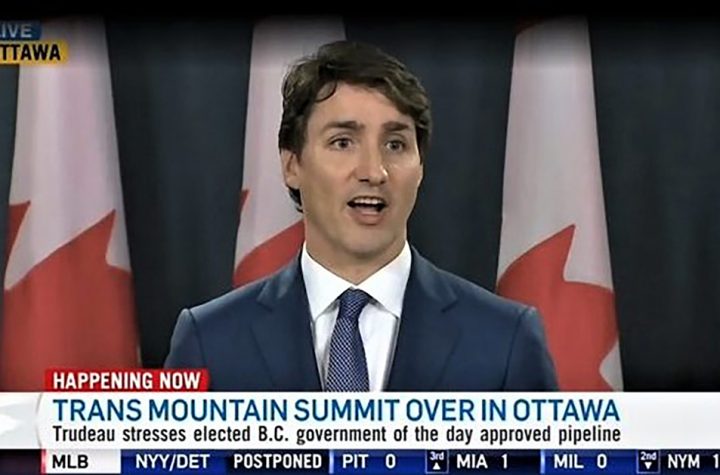 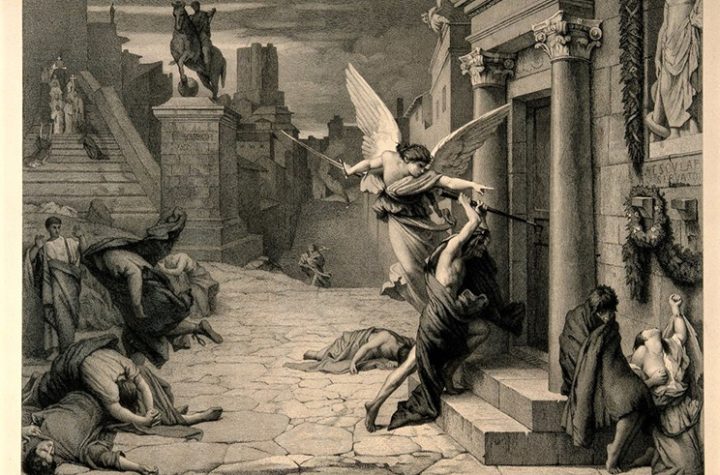 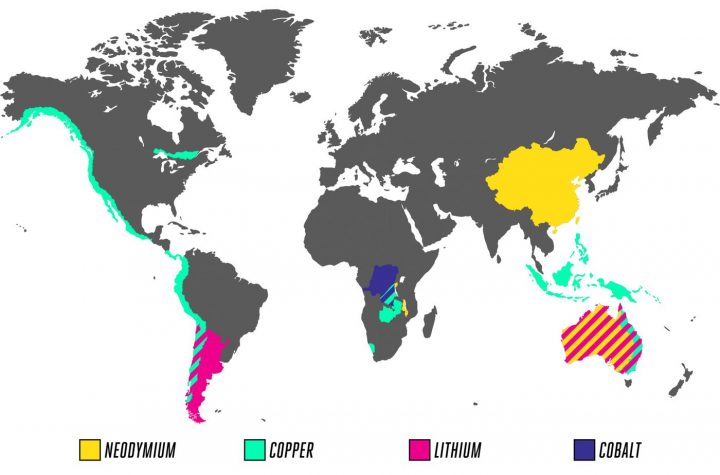 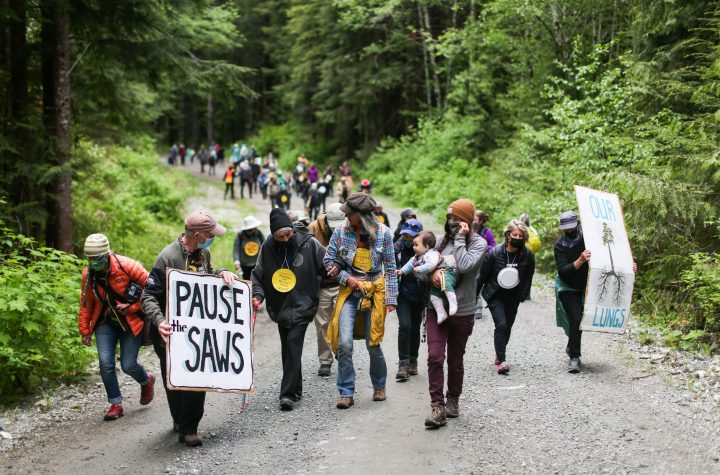 2 weeks on the front lines: The battle for old-growth in B.C. 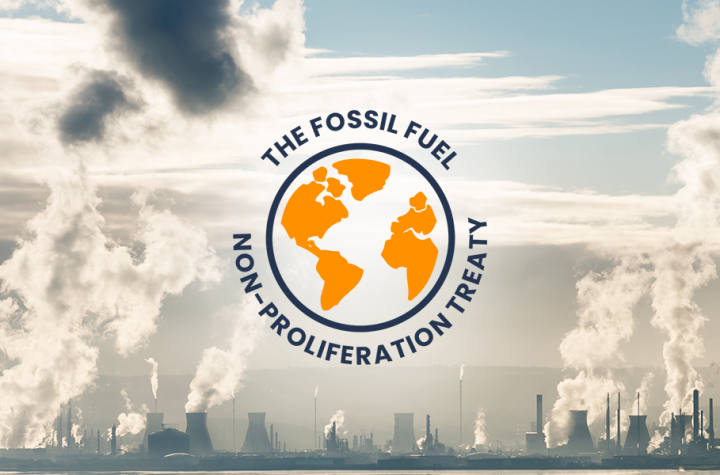