Natural Capital: British scientists have once again made the commercial case for conserving wilderness. They have demonstrated that in its pristine state—mangrove swamps, wetlands, savannahs, forests, etc—nature left alone is of more value to humankind than as exploited real estate. They report in the journal Nature Sustainability that they devised an accounting methodology to test such arguments, then applied it in 24 selected sites around the planet.Some of the value would be in intangibles, such as providing a shelter for wild things and wild plants; some of it would be measurable. For instance, if the damage inherent in carbon spilled into the atmosphere through habitat destruction or fossil fuel combustion presents an overall cost to society of US$31 a tonne—and this is a conservative estimate—then almost three-quarters of the sample sites have greater value simply as natural habitats. And that includes 100% of all forests. Even if carbon pollution were valued at a paltry $5 a tonne, almost two-thirds of the sites would still be a better investment over a 50-year period if they were left untouched. The Energy Mix, 3/25/21

The Power of Hummingbirds:Unceded Coast Salish Territories (BURNABY, BC) — One of the world’s smallest birds may have found a way to stop the Trans Mountain Expansion pipeline.  On Tuesday March 23, two Anna’s Hummingbird nests were confirmed in the woodland corridor of the Brunette River watershed in an area slated to be clear cut for Trans Mountain pipeline construction. Measuring just 4cm diameter, these tiny nests must be protected with a 30 m buffer until the baby birds can fly. This effectively closes the window for construction through significant riparian areas until at least May 1st. A group of local birders are concerned, however, because tree cutting has taken place within 4m of one of the nests, and cutting is ongoing.Under the Federal Migratory Bird Convention Act (MBCA), active birds’ nests are protected by law, and may not be damaged or threatened. March 26 is the date that the official “nesting window” begins according to a CER filing by TransMountain, however nests are protected whenever they arepresent.  landwatch@npogroups.org 3/25/21

Carbon tax is constitutional: In  a split decision, the Supreme Court of Canada ruled that the national price on pollution is entirely constitutional.  “The undisputed existence of a threat to the future of humanity cannot be ignored,” wrote Chief Justice Richard Wagner. CP, 3/25/31

COMMUNITIES IN B.C.’S WEST KOOTENAYS SIGN ON TO NEW 100% RENEWABLES PLAYBOOK:Building non-partisan community support for climate action that will endure through municipal election cycles is an absolute imperative to solving the climate crisis. That is the core message being delivered in the West Kootenay EcoSociety’s 2020 Climate Playbook and Toolkit. The roadmap offers  policy-makers and locals a detailed template for everything a Canadian rural community or small town needs to begin and complete the transition to 100% renewable energy by 2050.As of January 19, the villages of Kaslo and Warfield, as well as the cities of Castlegar and Rossland, have officially adopted the EcoSociety’s plan. Still considering are the communities of Silverton, New Denver, and Slocan, the Regional District of Central Kootenay, and the EcoSociety’s own hometown of Nelson.  If all sign on, the communities will together encompass “one of the largest geographical areas in the country to commit to 100% renewable energy.”

A unique aspect of the plan is that it keeps themost vulnerable citizens at the centre. “We need enough people to support vulnerable people-focused climate policy, otherwise elected leaders won’t have the backing to embrace good policy,” explains the EcoSociety, in a post announcing the playbook.To that end, the group urges anyone working to advance the cause of renewable energy to remember that the initiative is for everyone. “100% renewable energy uses positive, solutions-oriented language that appeals to the majority of people, not just those who are already in support of ambitious climate action,” EcoSociety writes. “Inclusive language opens the door for new people to come in and work in-community to develop solutions and support resourcing for ongoing implementation.”That means avoiding the term “emergency” when speaking of the climate crisis, and recognizing that terms like “green new deal”, “climate action”, or even “green” are likewise polarizing. Language like “renewable energy”, “clean energy”, and “reducing pollution and waste” is less likely to alienate people who are not yet onboard. Such inclusive language is doubly necessary in a region that remains deeply rooted in fossil-intensive resource industries, especially logging and mining. Alert to the need to “connect with people so they can be open, feel vulnerable, be heard, and be able to visualize what a new way of doing things could look like,” the EcoSociety says it is developing an engagement program that uses “deep canvassing” to find common ground within rural and small-town communities. The findings will be shared later this year. Theplaybook is available: https://www.ecosociety.ca/campaign/renewable-energy-playbook/

Canadian banks financing pipelines leads to the criminalization of Indigenous land defenders: In March 2019, the United Nations Human Rights Council affirmed that human rights defenders play an important role in fulfilling the Paris Agreement. And in July 2020, Global Witness documented: “On average, four defenders have been killed every week since the creation of the Paris Climate agreement in December 2015.”Now the just released Banking on Climate Chaos 2021 report documents: “In the 5 years since the Paris Agreement was adopted, the world’s 60 largest private sector banks financed fossil fuels with $3.8 trillion.”

TC Energy Coastal GasLink fracked gas pipeline.“In May 2020, TC Energy secured a $4.7 billion loan to build Coastal GasLink. Twenty-six banks signed up to directly fund this pipeline’s construction. In October, the banks upped Coastal GasLink’s allowance by an additional $122 million.” They include: Bank of Montreal, CIBC, RBC, Scotiabank, TD.On January 7, 2019, the Royal Canadian Mounted Police (RCMP) arrested 14 Wet’suwet’en land defenders blocking construction of this pipeline and upholding their right of free, prior and informed consent. A second police raid on February 6-10, 2020 resulted in the arrest of an additional 22 land defenders.

The demand that banks fully respect human rights:One of the key demands made in the report is that banks must: “Fully respect all human rights, particularly the rights of Indigenous Peoples, including their rights to their water and lands and the right to Free, Prior, and Informed Consent, as articulated in the UN Declaration on the Rights of Indigenous Peoples.”It adds, banks must: “Prohibit all financing for projects and companies that abuse human rights, including Indigenous rights.” Canada, Peace Brigades International, 3/24/21 For the report: https://www.ran.org/bankingonclimatechaos2021/

Canadian Conservative Policy Delegates Vote down that “Climate Change is Real:”  Tories will go into the next election informed by a policy book that does not acknowledge that “climate change is real” nor declare that the party is “willing to act” on climate change.  The Energy Mix, 3/22/21

United Nations: Countries’ pledges to cut emissions are far too meager to halt climate change: “Pledges made by so far by countries around the globe to cut greenhouse gas emissions fall strikingly short of the profound changes necessary to avoid the most catastrophic impacts of climate change, the United Nations said Friday. The U.N. analysis comes as presidents and prime ministers face pressure to ramp up the promises they made as part of the Paris climate accord in 2015. Through the end of last year, roughly 75 countries representing about 30 percent of global emissions had updated their initial plans ahead of a key U.N. climate summit this fall in Scotland…Even if countries follow through, their combined impacts would put the world on a path to achieve only a 1 percent reduction in global emissions by 2030, compared to 2010 levels. By contrast, scientists have said that emissions must fall by nearly 50 percent this decade for the world to realistically have a shot at avoiding devastating temperature rise…The U.N. analysis on Friday echoed the findings of another report from earlier this month, which found that the current national pledges to cut emissions are woefully weak. Even if countries were to meet their existing pledges, that study found, the world has only about a 5 percent chance to limit the Earth’s warming to ‘well below’ 2 degrees Celsius (3.6 Fahrenheit) over preindustrial levels — a key aim of the international agreement.” Washington Post 2/26/21

Trawling for Fish May Unleash as Much Carbon as Air Travel, Study Says: The report, Protecting the global ocean for biodiversity, food and climate, also found that strategically conserving some marine areas would not only safeguard imperiled species but sequester vast amounts planet-warming carbon dioxide, too.Trisha Atwood, an aquatic ecologist at Utah State University who was one of the study’s authors, compared trawling to cutting down forests for agriculture. “It’s wiping out biodiversity, it’s wiping out things like deep sea corals that take hundreds of years to grow,” Dr. Atwood said. “And now what this study shows is that it also has this other kind of unknown impact, which is that it creates a lot of CO2.” The study is published in Nature: https://www.nature.com/articles/s41586-021-03371-z

Although the Denman Island Climate Action Network has published this on my behalf, I am entirely responsible for its contents. Any concerns? Please email me at: pattiwillis2020@gmail.com 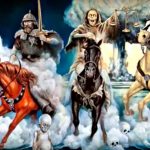 Stop Pretending We Can Save the Planet, with Jonathan Franzen

Stop Pretending We Can Save the Planet, with Jonathan Franzen